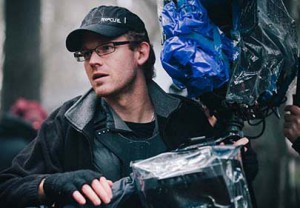 Born in Gippsland County Victoria at a very young age, Aaron had an early fascination with, storytelling and the moving image.

After several random careers, (including that of a  statistician and a professional white water rafting guide), Aaron decided that he was perhaps on the wrong end of a Degree in Psychology. Through sheer bloody luck he moved into a career in commercial Photography.

Aiming to concentrate on fashion, Aaron suprisingly ended with a reputation for wildlife, landscape and macro photography. Following this he worked for several notable clients including National Geographic, The Smithsonian and Tourism Vic. 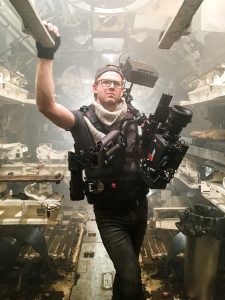 Seeking further challenges he attended RMIT to study Film and TV. During which he decided sleeping was optional and shot everything thrown at him.

Graduating from RMIT he moved into the studio system working as the lead Cinematographer for (then) Australia’s largest dedicated green screen studio. When an opportunity arose Aaron jumped back headfirst into the freelance world.

Enhancing his skill base further, Aaron was one of the first people in Australia to complete the Tiffen Steadicam Gold 7 day course and began offering his services as a Steadicam Operator.

Aaron is currently based in Melbourne Australia but is always looking to travel on someone elses dime.

He has travelled extensively throughout Australia and filmed through Europe, the Americas and South East Asia.

He has a passion for the work, a love for the story and a stubbornness to get the job done right.

You should hire him.